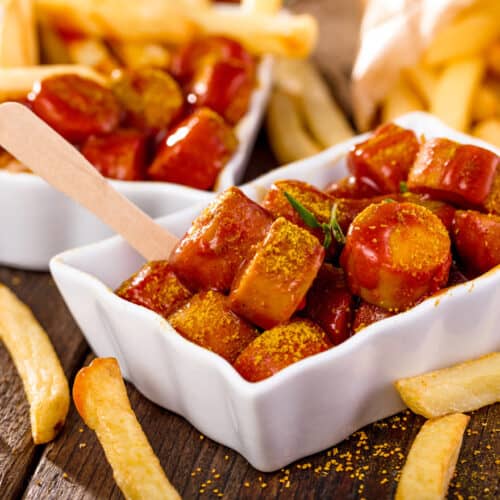 The invention of currywurst is attributed to Herta Heuwer in Berlin in 1949 after she obtained ketchup, Worcestershire sauce and curry powder from British soldiers. She mixed these ingredients with other spices and poured it over grilled pork sausage. Heuwer started selling the cheap but filling snack at a street stand in the Charlottenburg district where it became popular with construction workers rebuilding the devastated city. She patented her sauce, called Chillup, in 1951. At its height the stand was selling 10,000 servings per week. She later opened a small restaurant which operated until 1974.
Keyword Sausage